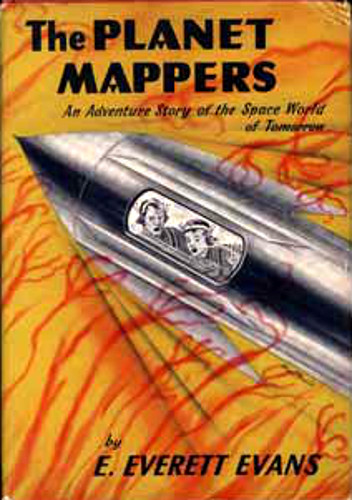 An Exciting Adventure About Locating New Planets for Human Colonization

Jak dug his heels into the ground and started pulling.

His face grew red, cords stood out in his neck, and his muscles bulged. But quickly the strain proved too great for him. Since he was the lighter and weaker he was being pulled toward the water, rather than freeing his embedded brother.

"I … can't … do it," Jak panted, his strength gone, his muscles and limbs aching and trembling. "Tie your end around a tree. I'll try to work myself out."

Jak did so, and the muscles on Jon's more powerful arms, back and shoulders stood out in ridges as he threw all his splendid young strength into this climactic effort. He pulled, he wriggled about from side to side.

Slow, heartbreaking moments passed as the tug of war continued. Inch by hard-fought inch Jon was withdrawing his imprisoned legs from the sucking, gripping stuff that was so determined not to yield its victim.

But he was still only a boy, and he had neither the strength nor the endurance to continue for long this tremendous struggle. Slowly his efforts grew weaker and less successful. The sand began reclaiming that which it had lost.

Before long Jon sank back, and the strain on the vine relaxed. "Can't … make it. You've been a great brother…."

He tried to smile. "Take care of Mom and Pop … and break it to them gently…"