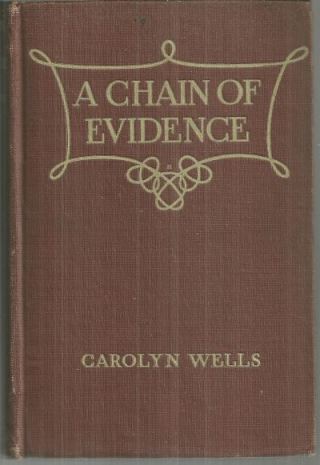 It was perhaps half an hour later when I again opened my front door, to start for my downtown office.

Laura accompanied me into the hall, as she often does and chattered a few parting inanities as we stood by the elevator.

The car was rising, and as we are only on the third floor I had a half-formed intention of walking down the stairs, when the door of the other apartment flew open and Miss Pembroke ran out to meet the elevator.

She was greatly excited, but not with anger, for her face was white and her eyes looked big and frightened.

Surely the word tumultuous applied to the girl now.

But, it was plain to be seen that whatever caused her excitement it was something of importance.

She had received a shock of some kind, and though she had herself well in hand, yet she was fairly trembling with almost uncontrollable emotion…